The Belostomatidae, a family of Hemiptera aquaticus, is divided into two major groups, the Lethocerinae and the Belostomatinae. 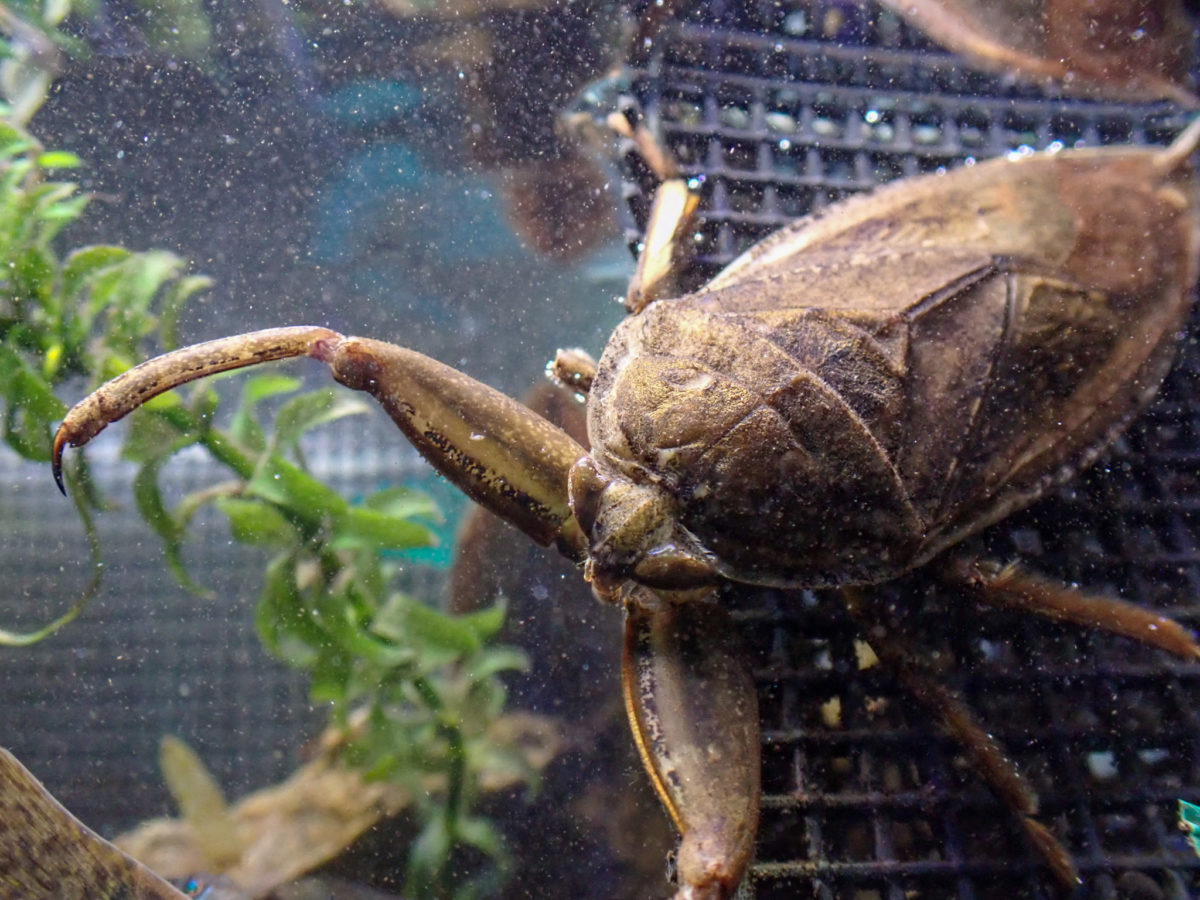 Giant Water Bug is famous for its habit of having the male take care of the eggs. The method of egg care differs between subfamily Lethocerinae and subfamily Belostomatinae.

In subfamily Belostomatinae, the female lays her eggs on the male’s back, and the male often brings the eggs to the surface to assist in breathing while waiting for them to hatch.

In both subfamily Belostomatinae, the eggs do not hatch if they are completely submerged or in an environment without water supply. 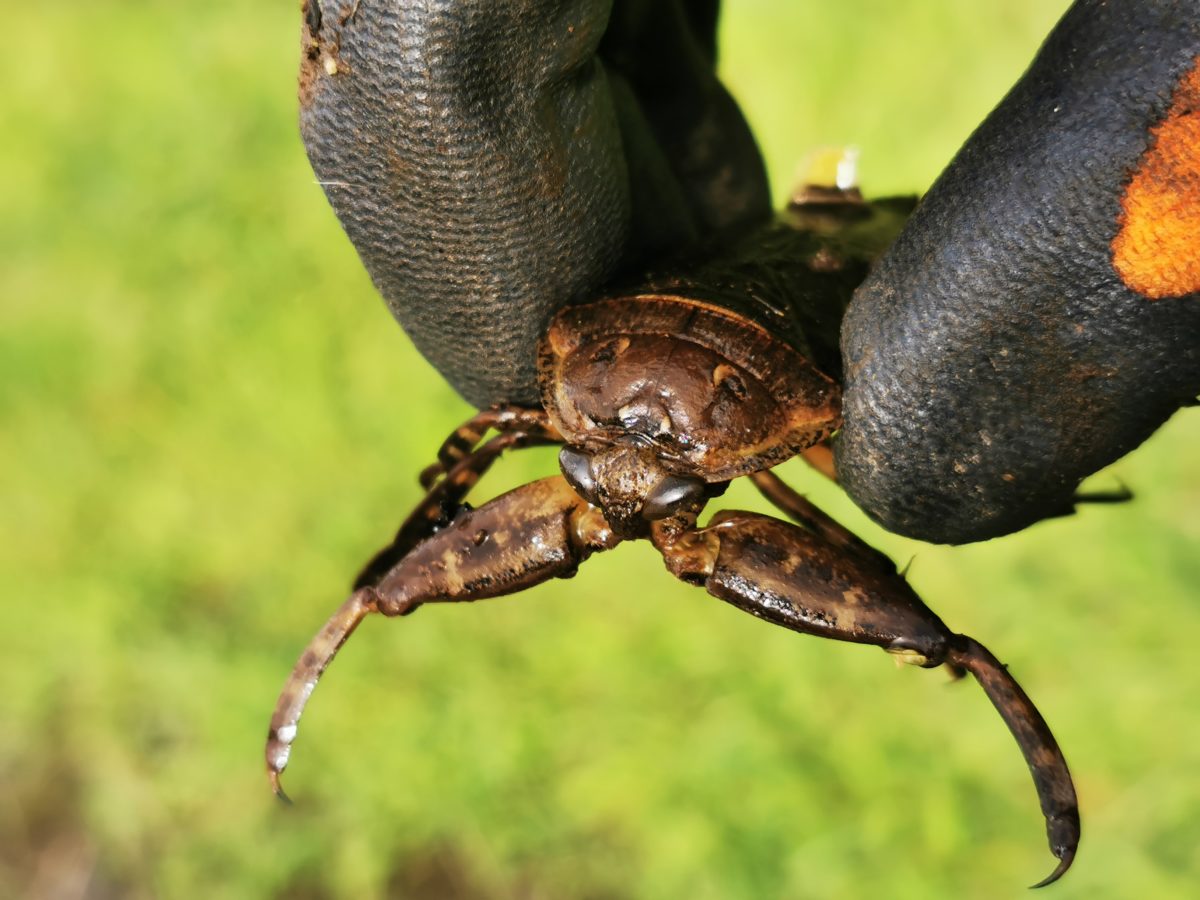 There are more than two dozen species of Lethocerinae in the world, mainly in the genus Lethocerus.

Lethocerus grandis and Lethocerus maximus, which inhabit the Amazon, are particularly big. Both species are the biggest in the world at over 10 cm in length. 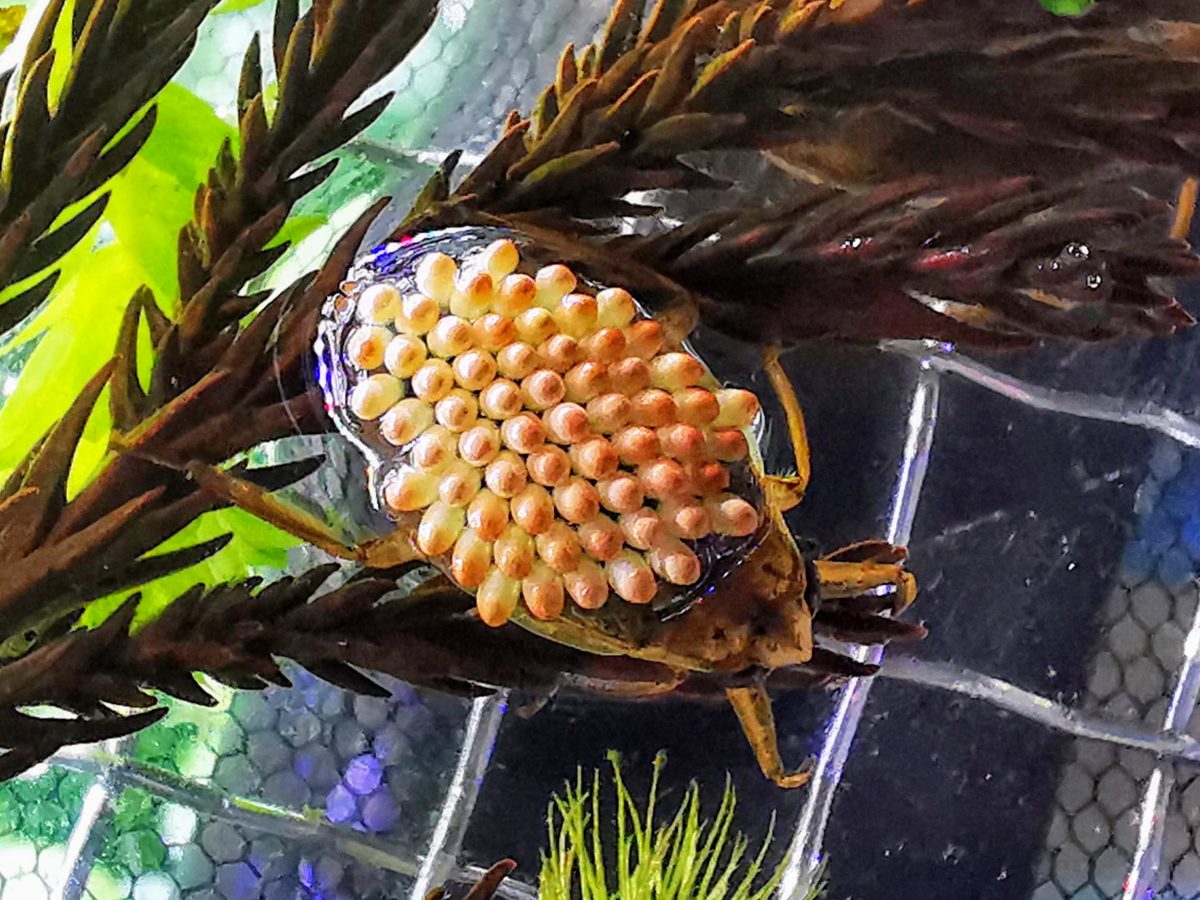 Most of them are 2-3 cm in size, but the African Hydrocyrius is a big species, reaching 5-7 cm in length, comparable to the Lethocerinae. 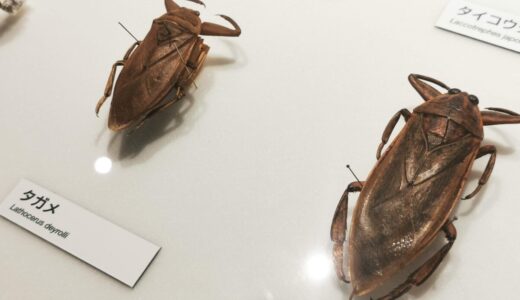 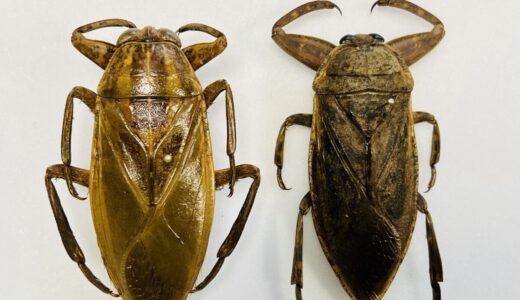